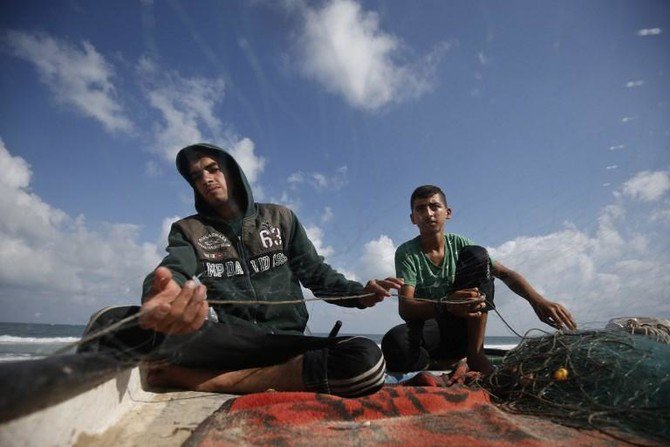 Tel Aviv: Israel’s defense minister on Saturday ordered a reduction of the fishing zone along the Gaza Strip’s coastline, in retaliation for clashes along the border fence with the Palestinian enclave.

The fishing zone will be reduced to six nautical miles (11 kilometers) from nine nautical miles, a statement by Avigdor Lieberman’s office said.

Restrictions on the extent of fishing zones along the Gaza shoreline form part of Israel’s economic blockade of the Strip, which has been in place for more than a decade.

Under the Oslo Accords of the early 1990s, fishermen are supposed to be allowed to operate up to 20 nautical miles off the coast.

Lieberman decided to reduce the fishing zone after violent incidents on Friday along the border between Israel and Gaza, the defense ministry statement said.

Three Palestinians were killed by Israeli fire during protests along the border fence on Friday, while 376 were wounded, including 126 with bullet wounds, Gaza’s health ministry said.

The Israeli army said around 20,000 Palestinians had demonstrated, throwing grenades, explosive devices and stones toward soldiers posted behind the border fence.

Ahead of the latest protests, Lieberman had on Friday issued a warning to Hamas, the movement that controls Gaza.

The defense minister indicated that Israel would step up its retaliation against the protests after the Jewish holiday season, which ended early this week.

“We got through the High Holy days exactly as we had planned, without an eruption ... and while exacting a high price on the rioters along the Gaza border,” he said in a tweet.

“But the holidays are now behind us. I tell the leaders of Hamas: ‘Take that into account’,” he added.

Palestinians have been protesting at least weekly along the Gaza border since March 30 in what they call the “Great March of Return.”

Protesters are demanding an end to the blockade and for Palestinian refugees to be allowed to return to homes their families fled in the 1948 war surrounding Israel’s creation.

Friday’s protests were bigger than those in recent weeks.

At least 198 Palestinians have been killed since the protests began, while one Israeli soldier has been shot dead over the same period.