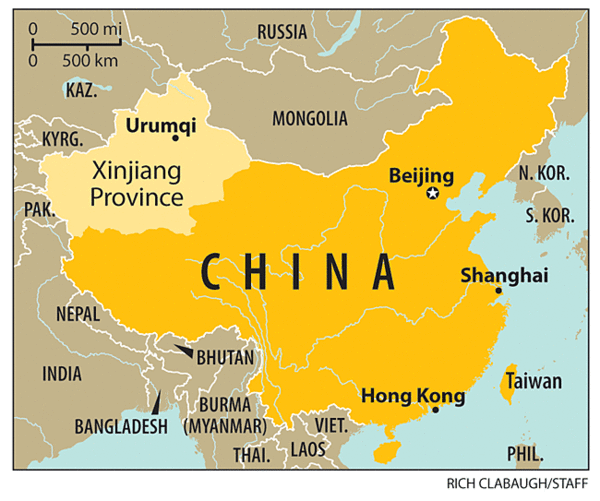 Different Reasons To Get Sent to a Chinese Concentration Camp

There is a crisis in Xinjiang. The details are murky. The Communist Party of China has little incentive to reveal the inner workings of the vast system of surveillance and terror it has built to control the 12 million Uighur and Kazakh citizens of China’s westernmost region. From the party’s perspective, the further away the global spotlight is from its activities the better.

But we now have a rough outline of what is happening to the people of the region. In response to growing tensions between Han Chinese and the Uighur population of Xinjiang itself, the recruitment of Uighurs to fight in the Syrian civil war, and several terrorist attacks orchestrated by Uighur separatists, the party launched what it called the Strike Hard Campaign Against Violent Terrorism. Despite its name, the campaign’s targets are not limited to terrorists. No Uighur living in Xinjiang can escape the shadow of the party nor can members of other ethnic minorities, especially Kazakhs.

Some of the methods used to surveil and coerce the population of Xinjiang are straight from the dystopian imagination: The party has collected the DNA, iris scans, and voice samples of the province’s Uighur population, regularly scans the contents of their digital devices, uses digitally coded ID cards to track their movements, and trains CCTV cameras on their homes, streets, and marketplaces.

To students of Chinese history, other elements of the system are depressingly familiar. Cultural Revolution-style struggle sessions have been resurrected: Uighurs now gather in public meetings to denounce their relatives and publicly admit their personal political sins. Most worrisome of all is the vast network of political education camps that have been created to hold and “re-educate” Uighurs who are too attached to their mother culture. Somewhere between 600,000 and 1.2 million Uighurs—that is, approximately one out of 12—are being held in these camps.

What must a Uighur or Kazakh do to warrant detention in one of these camps? This month, Human Rights Watch (HRW) published a 125-page report on the crisis in Xinjiang that helps answer this question. It is titled “‘Eradicating Ideological Viruses’: China’s Campaign of Repression Against Xinjiang’s Muslims.”

The report consists mostly of excerpts from interviews that HRW researchers conducted with 58 ethnic Uighurs and Kazakhs living in nine countries. This is the largest interview set of its kind yet published. All of the subjects successfully fled from Xinjiang sometime during the last two years. All were either detained in the political education camps themselves or have seen members of their family detained in their stead. Their accounts corroborate the data gleaned from the other streams of information that outsiders have about what is happening in Xinjiang. What makes the HRW interviews so valuable, however, is that they allow an exceptionally clear view of the way the Strike Hard Campaign is changing the course of everyday life in Xinjiang.

Here I list the things that Uighurs and Kazakhs now fear to do out of dread of attracting the attention of ever-present security agents. Each item on the list was mentioned by at least one of the HRW interviewees. Each is enough to be detained without trial and locked away in a political education camp indefinitely.

A central element of this campaign is uncertainty. It is difficult to judge which of these items are official policy and which are simply the result of ad hoc decisions made by local officials. This is likely by design. One Uighur interviewee told HRW how he simply stopped using his smartphone because he could not tell which websites were allowed and which might incriminate him; another described how she stopped talking to neighbors and strangers altogether because she did not want to unintentionally say something that might bring the police to her door. Vagueness breeds fear. Fear makes the people subject to the Communist Party’s campaigns easier to control.

Listing out the activities barred and items banned by the party betrays its true aim. Some of these items—such as the prohibition on extra knives and welding equipment—are plausibly related to terrorist activities. Most of these items, however, have less to do with violence than with ethnic identity or religious piety. Forcing Uighurs to drink and prohibiting them from praying is not about ending terrorism. It is about forcing Uighurs to violate their religious beliefs. Forcing Kazakhs to use Chinese and prohibiting them from celebrating traditional festivals and holidays is not about ending terrorism. It is about forcing Kazakhs to act like Han Chinese.

The goal of the Strike Hard Campaign is not, as China claims, purely to destroy terrorists but to destroy minority religion and identity altogether. It has created an atmosphere of constant fear, in which Uighurs dread the invisible lines placed around every aspect of their lives. In what it calls a campaign against terrorism, China has created a state of terror.